CEOs can undoubtedly fulfil their job functions when there are no external threats, when employees are happy and when profits are increasing. In this situation, they mostly have to rely on their managerial skills. Many companies have experienced extended periods of growth and profits and are continuing on this course. But when recession hits, many CEOs have to show their real added value: a vision for the organization’s future. This is when leadership becomes crucial and when you just can’t sit around with some managers to brainstorm for a few days to get something on paper. 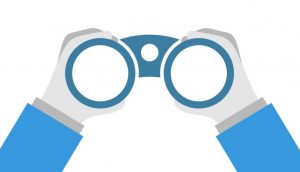 Market developments, the economy, as well as internal differences of opinion about the organization’s course can lead to stress, uncertainty, and sometimes even crisis. Absenteeism increases, budgets are blown and much time and energy is wasted in internal battles and resistance to upper management. When the burden finally becomes too much to handle, the call comes for a ‘strong leader’: someone who has a clear vision for the future that can give direction to daily processes.

When employees look at the future, they don’t see beyond the horizon. It’s the leader’s task to stand at the horizon and look farther. The leader’s horizon is much farther away. The leader can tell about what he/she sees from that point and translate this into a vision. Many CEOs believe in the need for a vision. Research has shown that having a vision has clear positive consequences for an organization. However, it also shows that it’s difficult to develop a good company vision. This may explain why 94% of the CEOs are not comfortable with this topic.

Where do leaders find a vision?

A ‘new’ vision generally has to do with: 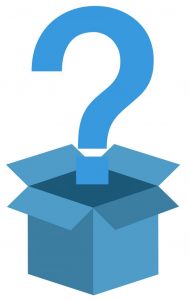 It is often not immediately clear what the course of a company should be. Too many issues, internal as well as external, are at stake. There is a real need for a vision. CEOs always lead the process to develop a vision.

The vision development process consists of at least two phases, namely the orientation/divergence phase and the convergence phase. During the orientation phase it’s important for CEOs to consult with many individuals who are knowledgeable and have insight, so factual information and ideas about the present, past, and future are as clear as possible. Different working methods and techniques can be applied in this phase. When all information is known, CEOs are responsible for making a choice during the convergence phase.

There is a lot of pressure on CEOs to create a vision and they must be aware that vision development is a complicated and intensive process. It’s not something that can just be calculated. Plain numbers and words are not enough. It’s important for leaders to make real choices. Feelings, intuition, and the heart also play an important role in this process. CEOs must show personal commitment to the choices they make and must be fully convinced of the accuracy and attainability of these choices. In the reality, this process is characterized by frustration, stopping and restarting and a lot of confusion. This process requires a lot of time and energy because it can have enormous consequences.

The gold fish and the three communication systems 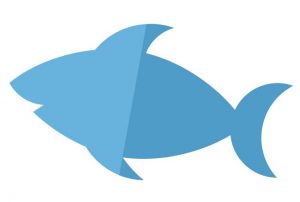 When CEOs have a vision they really believe in, they can share this vision with credibility. It’s important for leaders to be credible. Employees pay a lot of attention to CEOs. Employees see the CEO as a gold fish in a fish bowl. The bowl acts as a magnifying glass. Because the employees’ attention is mainly focused on the CEO’s behaviour, it’s important that the leader’s behaviour corresponds to the vision that has been communicated. If this is not the case, employees will immediately discard this vision into their virtual wastebaskets. Without being aware of it, employees link the three communication systems that inform them on what the CEO really wants:

Because employees pay special attention to the behaviour of their leaders, it’s important that leaders develop a vision personally. Only then can they really behave according to this vision. Leaders will show trust in their vision, will run personal risks and show the sacrifices they are making to accomplish this vision. They can demonstrate how their vision takes shape in the real world.

A consultancy firm with many years of experience and a solid customer base, which was facing increased competition, developed a vision to strengthen their market position. The CEO talked with large groups of consultants about their company and finally they concluded that the company should position itself as an innovative and creative company. This vision was never realized and even disappeared within six months. The CEO continued to reward the good work that was valued by customers and kept honouring the requests for the well-established and trusted training programs. The CEO had not chosen this change in course with his heart.

Leaders know the art of delegation. However, they will never delegate the development of a vision to internal departments or external parties. Real leadership shines through when leaders personally tackle this process, when they experience the inevitable confusion and frustration that are part of life’s difficult decisions and when they aren’t tempted to come up with some quick and though one-liners that everyone is expecting to hear from them.

There’s a story about a father and mother who brought their son to the Indian teacher Mahatma Gandhi. ‘He’s eating way too much sugar’, they complained, ‘Can’t you tell him he must stop doing this’. Gandhi thought for a while and said: ‘Return him to me in three days’. Three days later the parents returned with their son. Gandhi looked at them and said: ‘You shouldn’t eat any more sugar; it’s not good for you.’ Amazed, the parents looked at Gandhi. ‘Why didn’t you tell him this three days ago?’ they asked him.’Because I first had to stop eating sugar myself’  Gandhi responded.

How can we help?