Assessments Personal Styles Four LimitationsThe psychologist B.R. Forer gave a personality test to his students, who completed the questionnaire. Forer didn’t process the responses and gave all of his students exactly the same text with a description of their personality. The text began as follows: ‘You have a great need for other people to like and admire you. You have a tendency to be critical of yourself. You have a great deal of unused capacity which you have not turned to your advantage. Etc.’

He invited his students to read the text and rate on a scale of 0 to 5 the extent to which they recognized themselves in the text. A score of 5 was an ‘excellent assessment’ and 4 a ‘good assessment.’ The group’s average was 4.26. The test was repeated hundreds of times with psychology students and the average was always 4.2.

Assessment: MBTI, Disc, Whole brain, Insight or just another one?

Forer had discovered that people tend to accept vague and generally phrased texts about their personality and to regard them even as unique personal characteristics. 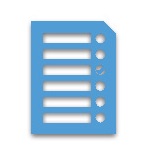 In the business world, there are many ‘personal style programs’ and forms of self-assessment in circulation, including Situational Leadership, Career Anchors, Enneagram, DISC, Myers-Briggs (MBTI), PAPI, LIFO, Birkman, FIRO-B, Management styles (Quinn), Team rolls (Belbin), Personal Style Indicator (PSI), Leadership Practices Inventory (LPI), Whole Brain and Grid. These style programs are used in the hope that to make a contribution to the development of employees and teams, and ultimately that an improvement to the company’s bottom line can be achieved. But what is the actual value of these assessments?

Many people are interested in themselves and gladly complete a questionnaire. Usually they have to select from a number of responses or they must allocate points over a number of possible responses. After the responses have been compiled, a result rolls out: a primary style, often accompanied by a secondary style and a least preferred style. It is possible that the program produces a list of numbers along with an explanation, which respondents can use to interpret the numbers themselves. Other style programs offer

There are over 5000 style programs in circulation, and every year new ones are developed a unique, personal style report prepared by an expert. Some programs might include a discussion with an expert about the results, while others do not.

There are over 5000 style programs in circulation, and every year new ones are developed

The many different style programs are based on the measurement of several variables. A style program always represents one specific way of looking at things. Programs are arranged in 4, 5, 8, 9, 16 personality types or even more. The designers of these instruments determine what they measure, and every style program measures its own set of variables. Every year new programs with new combinations are brought onto the market.

Aside from the proper design of the measuring instrument, the value of a personal style program depends on:

1. Do You Know What You Are Measuring?

A test is quickly purchased, requiring primarily a budget and not so much knowledge about tests. The buyer often does not know which set of variables the instrument measures, and it is difficult to compare it with other instruments. Information about the validity and reliability of the measuring instrument is also not always easily available. It is just like buying a computer: they will tell you that you can accomplish a lot more with it, but what and exactly how? If you actually want to find out, then you will have to make a significant investment.

The structure of the questionnaire plays a rather decisive role in the results. Often respondents must make a forced choice. A simple question can easily become tricky: do you prefer apples or pears? It is possible that you like both or neither of them. Perhaps you like a completely different fruit, which is why you do not eat either apples or pears. You could also be allergic. What happens if you know about apples, but have never actually tasted a pear? What happens if you like variety and choose an apple sometimes and a pear other times?

Questionnaires are often carefully prepared, with research into their validity and reliability. Still, we need to take into account that measuring through forced choices does not always result in the measurement of people’s actual preferences – not for fruit and not for the behaviour either.

Style programs sometimes appear to be very scientific, but that is relative. It does not matter how many attempts are made, human behaviour turns out to be complex and cannot be encapsulated in an assessment. This complexity is evident from research that shows that people do not behave consistently.

People do not behave consistently

Human behaviour is not only context-specific, but also is determined by culture and biology. The brain consists of several layers working concurrently. The cognitive-rational part works concurrently with the emotional and primary biological part. You never know which part of the brain is dominant – not while a questionnaire is being filled out and not during day-to-day actions.

That is why behaviour based on this type of style programs can at times be easily explained afterwards, but can rarely be predicted in advance.

2. You’ll Get What You Put Into It

Managers who want to know themselves better complete a questionnaire. They usually do so in good faith, but the chance of them filling it out incorrectly is high:

Questionnaires are often transparent. If you do not want to come across as being a ‘softy,’ you can influence the results by the way you complete the questionnaire. People also want to appear better than who they are, or they are more inclined to respond how they prefer to act and think instead of how they actually do. Some people deliberately manipulate a questionnaire, but they usually do so unintentionally.

How well do people know themselves and what do they divulge?

From the Johari Window, we know that people can have blind spots and that they keep certain matters to themselves. To what extent do they have enough self-knowledge to fill out a questionnaire properly? And what are they prepared to divulge about themselves in a business environment?

Completing the questionnaire based on different situations

When completing a questionnaire, and certainly longer ones, the respondent might have different situations in mind, which could distort the results. A very favourable private situation produces completely different behaviour, feelings and thoughts than, for instance, an inopportune business situation. Proper fill-in instructions are often not enough to avoid the above factors.

It is a given that questionnaires are not filled out accurately enough to guarantee a good measurement of personal style.

For the measurement’s results to be interpreted properly, good knowledge of both the measuring instrument and the variables is often necessary. Often the participant depends on an expert for a good interpretation of the results. In such a case, the expert holds up the mirror and, as such, has power. And how do you know whether the expert is competent and objective?

What we already know (see introduction on the Forer effect) is that if the expert describes the personal characteristics in positive, somewhat vague and general terms, it appears that the ability of the participant to think critically is insufficient to determine the value of the explanation. 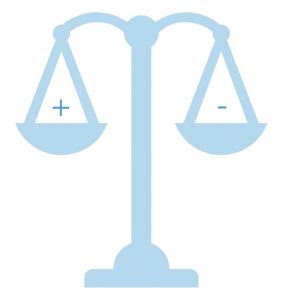 Ultimately, an instrument is valued by how useful it is in practice. Aside from the above notes, it is certain that style programs can make a contribution to the personal development of individuals. If the results are viewed as hypotheses, they give the participant an opportunity to reflect, possibly together with an expert, a colleague or superior, on their own behaviour. Teams, too, can use the results of a style program to have a good conversation on how the team is functioning. And even if the style program analysis is completely off the mark, it still has an impact on team members’ awareness level, due largely to the positive discussion. After a good discussion on the personal style of a member or the functioning of the team as a whole, people pay more attention to their own behaviour, and sometimes individuals automatically adapt it.

Less positive, unintended effects, however, must also be taken into account:

A personal style program can be an aid, especially for reflecting and raising the level of self-awareness provided, this includes a good discussion on the hypotheses. But do not be surprised when the ‘softie’ turns out to be a ruthless sadist and the ‘cold’ corporate change-agent ends up being really a nice, thoughtful person after all.

How can we help?